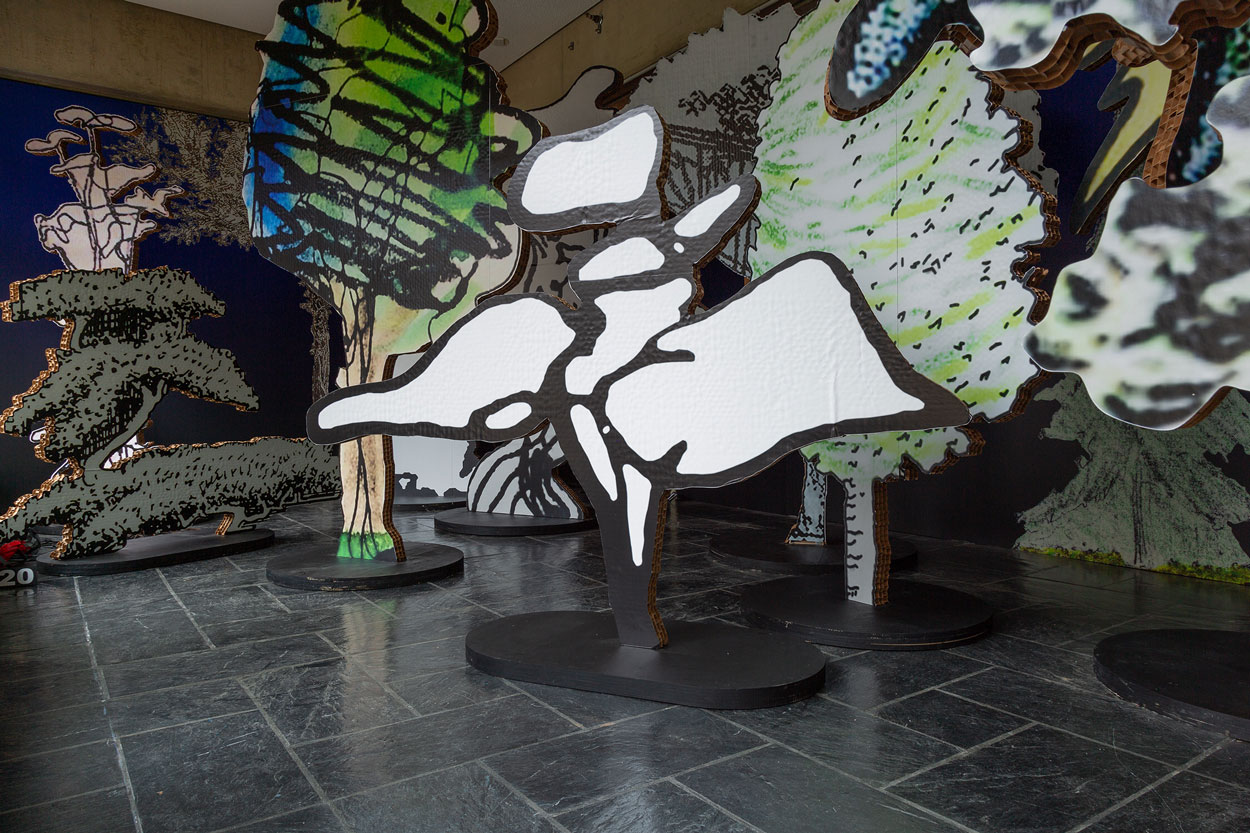 The “Architecture’s Arboretum” exhibition on display Nov. 5 through Jan. 21 in the Fred and Mary Smith Exhibition Gallery in Vol Walker Hall originated at Princeton University School of Architecture in fall 2019. (Photo by Shark Senesac)

The exhibition “Architecture’s Arboretum” will be on display Friday, Nov. 5, through Jan. 21, in the Fred and Mary Smith Exhibition Gallery in Vol Walker Hall on the University of Arkansas campus. This is part of the public exhibition series in the Fay Jones School of Architecture and Design, now resuming in fall after the pandemic year away.

“Architecture’s Arboretum” explores the use of trees in architectural design throughout history. Although glass, concrete and steel are commonly thought of as exemplarily modern, trees may well have been the first resource drawn into the procedures that modernized architectural materials.

Since at least the 17th century — when extensive ship-building led to deforestation and the first energy crisis — to the 19th century — when blights inducted them into the era of extinction — trees have served as the avant-garde for the human redesign of the earth.

Exactly how trees were transformed into commodities varied widely, but 20th century techniques of architectural representation played a pivotal role in managing the process.

“Architecture’s Arboretum” brings together materials from historic displays that heroicized wood’s dimensional plasticity, from Fay Jones’ building sites that were organized as stages on which construction was performed, and from a wide array of drawings by architects that served less to represent trees than as opportunities to fabricate new arboreal species. The goal of the exhibition is to call attention to modernity’s cult of the natural and its simultaneous abstraction of something that architects can no longer call the natural world, with ramifications for the contemporary moment of climate change.

Sylvia Lavin, who did the curatorial design for the exhibition, received her doctorate from the Department of Art and Archaeology at Columbia University after having received fellowships from the Getty Center, the Kress Foundation, and the Social Science Research Council. Prior to her appointment at Princeton, Lavin was a professor in the Department of Architecture and Urban Design at UCLA, where she was chairperson from 1996 to 2006 and the director of the Critical Studies M.A. and Ph.D. program from 2007 to 2017.