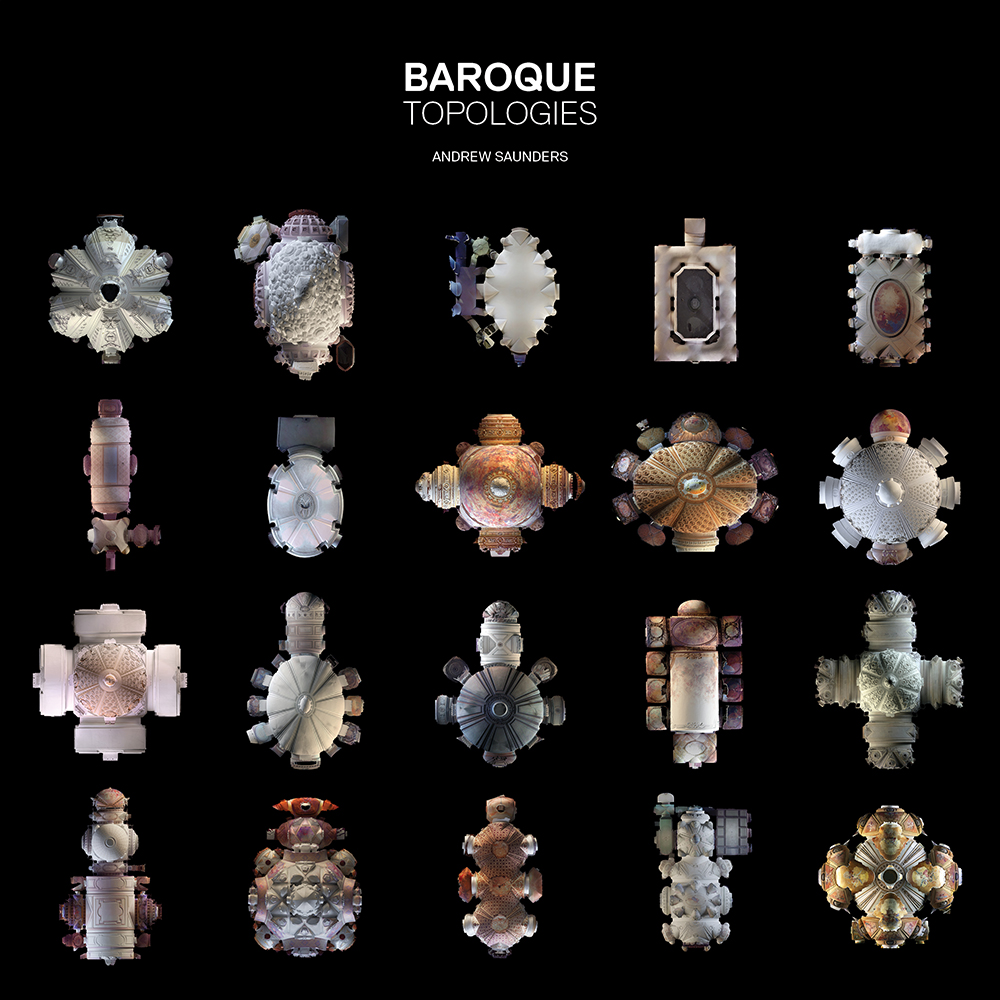 The exhibition “Baroque Topologies” will be on display through Dec. 13 in the Fred and Mary Smith Exhibition Gallery in Vol Walker Hall on the University of Arkansas campus.

The exhibit was designed by Andrew Saunders, Kurt Nelson and Ariel Cooke-Zamora and is presented by the Fay Jones School of Architecture and Design.

Saunders is an associate professor of architecture at the University of Pennsylvania School of Design and founding principal of Andrew Saunders Architecture and Design. He is also an alumnus of the Fay Jones School.

He specializes in computational geometry as it relates to aesthetics, material culture, and advanced technology and fabrication. His approach to practice, research and teaching leverages contemporary design technology as a critical lens and design instrument for reassessing how the material culture of architecture and design are generated and conceived.

The exhibition “Baroque Topologies” explores how the era of big data has fostered the need for new approaches to analysis and representation in all fields of design. The ability to capture, record and simulate increasingly larger sets of data coupled with remote access to cloud computing and progressively more affordable additive fabrication technology provides new opportunities and methods for understanding and assessing complexity and representation in architecture.

Saunders traveled to Italy to laser scan and amass an archive of some of the most important Italian Baroque architecture and turned it into the exhibition “Baroque Topologies.” This exhibition examines the potential of these new methods to redefine and enhance knowledge and understanding of the full spectrum of formal and spatial complexity of Baroque architecture, and it includes key works from Francesco Borromini, Gian Lorenzo Bernini, Girolamo and Carlo Rainaldi, Pietro da Cortona, Guarino Guarini and Bernardo Vittone.

The primary Baroque works selected for analysis can be deciphered as topological variants of the centrally planned church of the Renaissance. The collection demonstrates the blossoming evolution from the early and high baroque in Rome extending to the late baroque in the Piedmont Region in Northern Italy. Throughout history, surveying instruments from inside and outside of the discipline have a direct influence on the way architecture is designed and realized.

“Baroque Topologies” examines the potential of these new methods to redefine and enhance knowledge of the full spectrum of formal and spatial complexity of Baroque architecture. Whether a Baroque aficionado or a novice learner, the unprecedented survey provides a reintroduction to the most famous Italian Baroque architecture through explicit high-definition images of geometry, space, material and light. Inherent in this process is a reexamination of the value-laden tools of contemporary representation and their impact on current architectural production.

Saunders received a Bachelor of Architecture from the University of Arkansas and a Master in Architecture with Distinction from the Harvard University Graduate School of Design. He has professional experience as a project designer for Eisenman Architects, Leeser Architecture and Preston Scott Cohen Inc. Prior to his appointment at the University of Pennsylvania, he held teaching positions at institutions that include The Cooper Union and Cranbrook Academy of Art, and he was head of graduate studies at Rensselaer Polytechnic Institute in New York.

He was awarded the competitive 2015 University of Pennsylvania Research Foundation Grant, which prompted his current research on "Baroque Topologies." The research has received additional support funding from the Mellon Grant for Digital Humanities, Mellon Grant for Humanities, Urbanism and Design as well as leading industrial partners including FARO Technology and Autodesk.

Saunders has completed the first phase of the research, which is being published in the book Baroque Topologies by the Italian publisher Palombi Editori. In addition to the state-of-the-art images generated from the research, the book establishes how the development of architectural representation techniques have been deeply influenced by an integral relationship of surveying instruments and methods. Furthermore, it demonstrates how the interior space of architecture rather than the exterior has long been the fundamental experimental ground for both design and representational breakthroughs in the discourse.

His "Baroque Topologies" research has received critical acclaim nationally and internationally by a broad and multidisciplinary audience. Saunders has presented this research at the Penn Department of History and Classical Studies, PennDesign Lecture Series, the Irwin S. Chanin School of Architecture at The Cooper Union and the 5th INTBAU International Event in Milan. In addition, "Baroque Topologies" has been featured and exhibited at Addams Gallery at the University of Pennsylvania, the 2017 Milan Expo exhibit "Close Reading" and is currently a traveling exhibition (2017-2018) "Church of Big Data" sponsored by Autodesk that started in London, and will end at the Gallery at One Market in San Francisco, where it will be on view for five years.

Publication of this research includes AD Magazine, a chapter in Putting Tradition into Practice: Heritage, Place and Design, the two largest circulating Italian newspapers La Stampa and Repubblica, upcoming chapters in Transformations in Classical Architecture: New Directions in Research and Practice, Digital Architecture beyond Computers: Fragments of a Cultural History of Computational Design, and it was recently the feature cover article of The Pennsylvania Gazette. Saunders was also selected as one of two finalists for the 2017 Rome Prize for Architecture.